Home Entertainment The Ultimate Guide For When Calls The Heart season 7 | Full...

The family drama- When Calls the Heart has completed its season 7 have you seen it yet?

If not then this article is highly necessary for you as we will provide you with its detailed episode list, when it was premiered, and many more. Moreover, we will provide its rating and viewer’s feedback also, so that you can decide- whether to stream or skip it.

So, to dive deep into the topic, be with us until the end.

When calls the Heart Season 7

When Calls the Heart is a family drama developed by Michael Landon Jr. This Canadian American television series is based on Oke’s book with the same name. Let’s directly move forward to various aspects of Season 7. 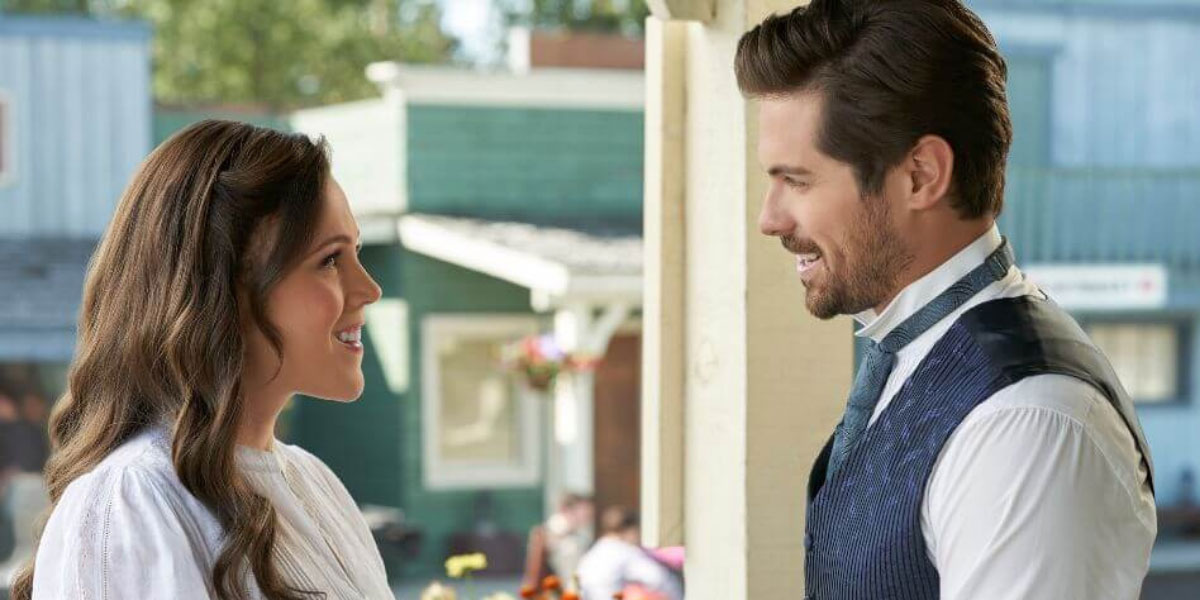 The series started on the Hallmark Channel in the United States and in Canada on Super Channel. Till now, seven seasons are released yet and in this, we will talk about Season 7.

Will there be Season 8 of When Calls the Heart?

Confused…when each episode was released, what’s the name of the episode, and many more. No worries… here we have specified all the details of each episode: 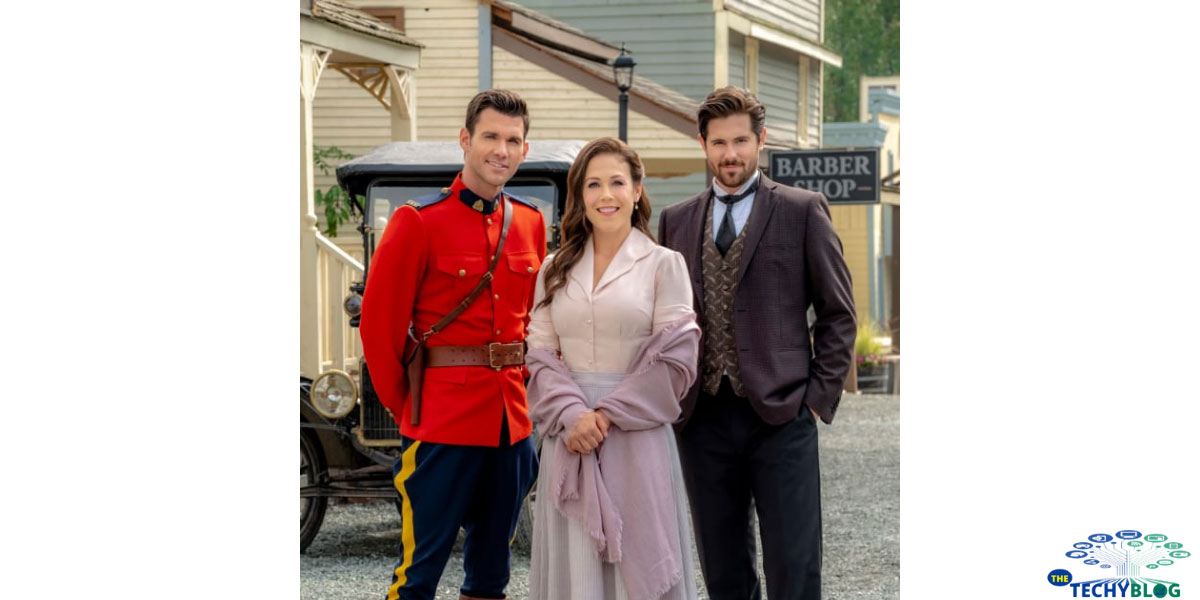 Continue reading, for gaining all the particulars about Season 7:

In episode 1, you will watch that Lucas will advise Elizabeth for the writing thus she got influenced and she will search for fresh inspiration. Even Faith will come back home but in a dilemma and her perplexity might apart her from Carson. 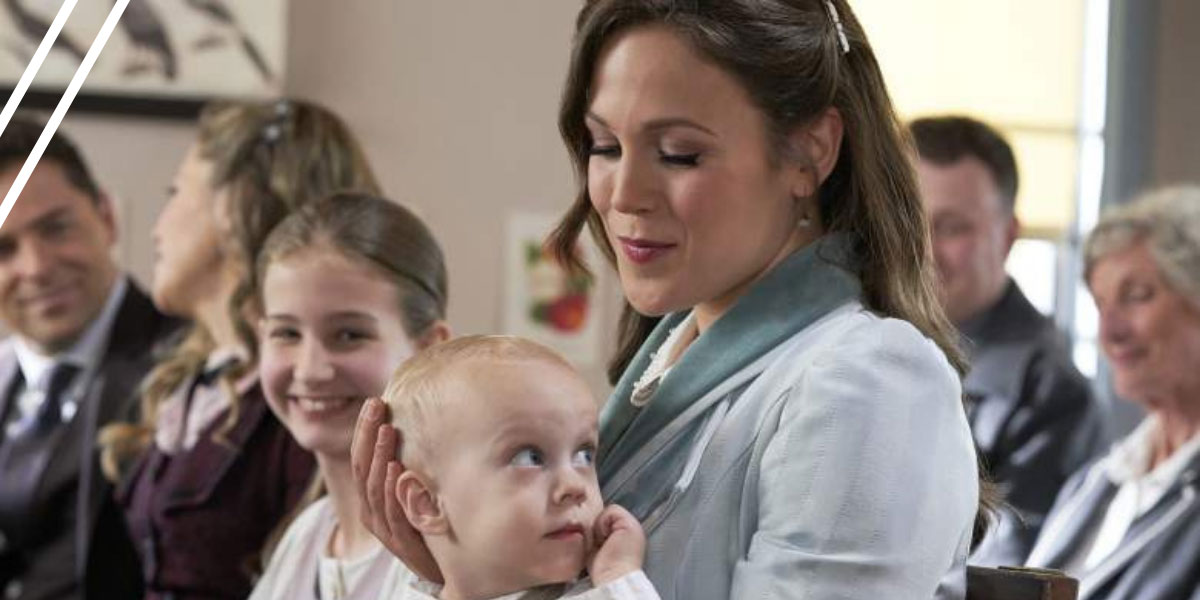 The amazing part about the episode is Rosemary and Lee  is planning a vacay, which will make further episodes more adventurous and intriguing

Episode 2 “The Heart of a Father”

You will explore that a negative rumor will spread in the second episode, resulting in a huge impact on Bill and Lucas as they lose numerous customers because of this rumor. Curious..to know about the rumor, for that you have to stream season 2 and let us know about the rumor in your words.

Moreover, Elizabeth will become a helping hand for Nathan and help him to reveal him from the family tensions.

A shocking incident….Nathan’s father is arrested and Nathan investigates the alleged crime. Whereas Lucas is enjoying his first chapter of Elizabeth’s novel.

Furthermore, Clara and Jesse are progressing with their plans. Faith is also in confusion whether her decision as a nurse will be beneficial for her future. Check the episodes and share what interesting you find in this episode.

The episode has more despondency, you can realize by reading all the information. Even there is a sudden upsurge in the Elizabeth, Carson, and Faith illness which further leads to the illness of Rosemary. 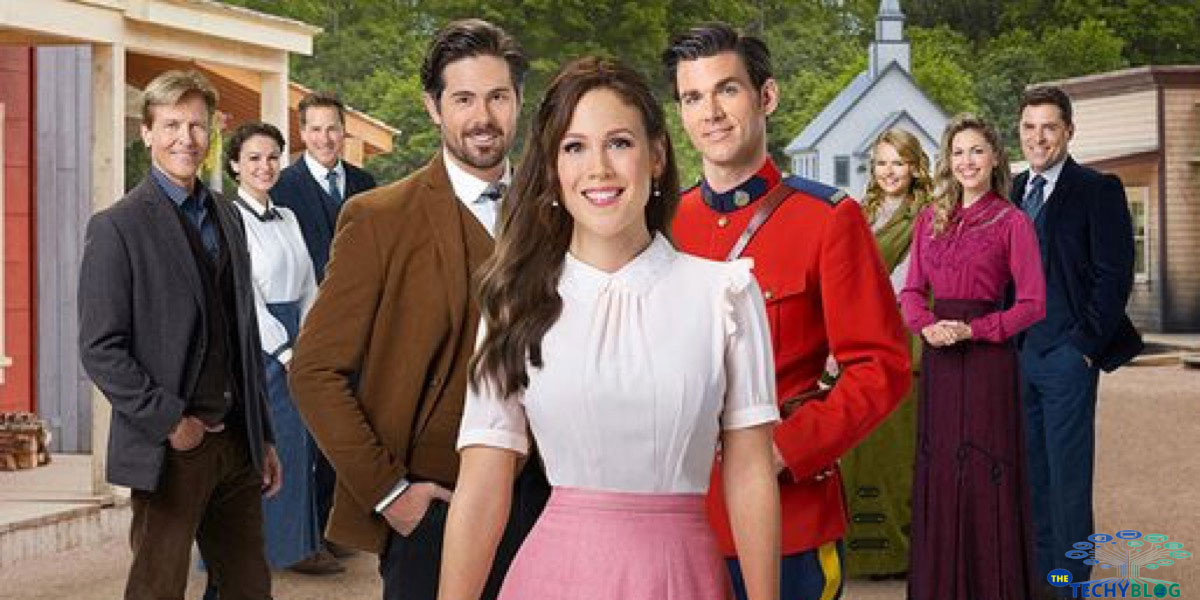 Moreover, Gowen is charged and Faith also opposes going to the school. But there are some enjoyable parts also, so to explore that watch yourself.

Can you predict what will be in this episode by looking at the show title? An unexpected gift…Yes….a gift from an unknown personality. Elizabeth receives this surprise of flowers, which everyone in the town is wondering who left it…… Even there is a party in this episode which is organized by Rosemary and Lee.

So, enjoy the party fullest…talking about the party in the episode. Simply, enjoy it.

Clara and Jesse are top of the world. Every town member is contributing to making their wedding memorable. Even they all are working on their dreams so that their fancies about wedding become true and overall a  remarkable one. 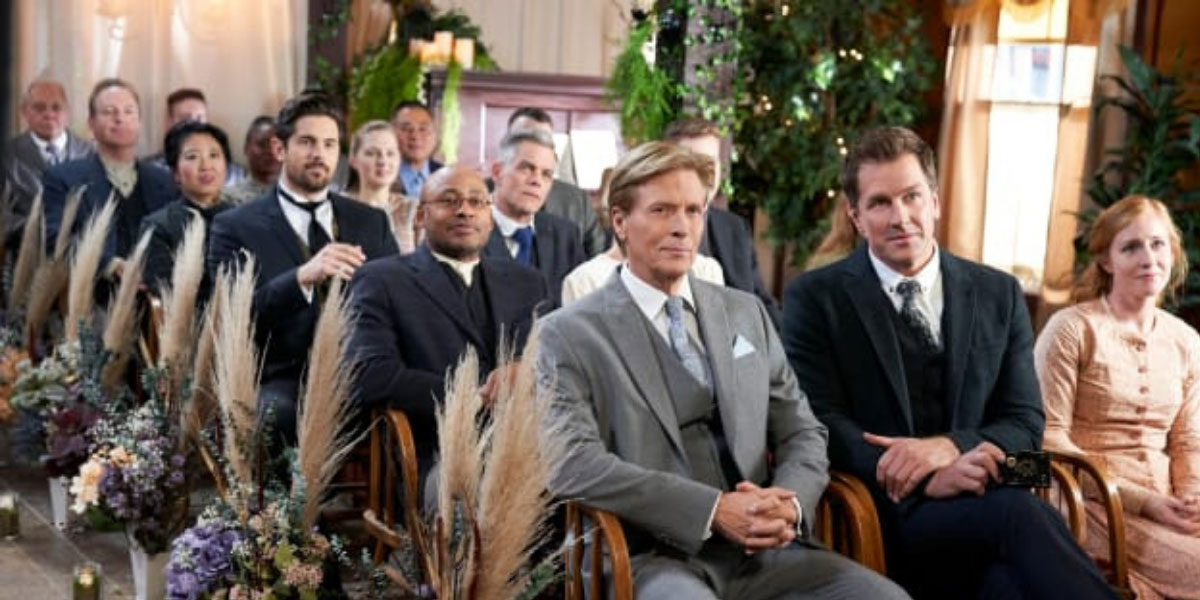 Do watch this episode and relate, you wished similar scenario in yours.

Episode 7 “Heart of a Writer”

Elizabeth is fully enjoying herself, she is on vacay. What a great trip of her, explore the place with her. But Lee and Rosemary having issues while streaming Little Jack.

Episode 8 “Into the Woods”

Hope Valley is at the risk…..Yes, it is in big danger. A threatening windstorm hits the Hope Valley whereas Elizabeth took the class on the trip while Carson is taking the class for the rest of the students. For this Jesse is really concerned.

In the episode, Elizabeth and Nathan work on their differences and finds a way to resolve them. The most delirium situation as Rosemary discovered about the secret about Lee which will give a new twist in the story.

So, if you wish to know about the secret then do watch it in the comment section. 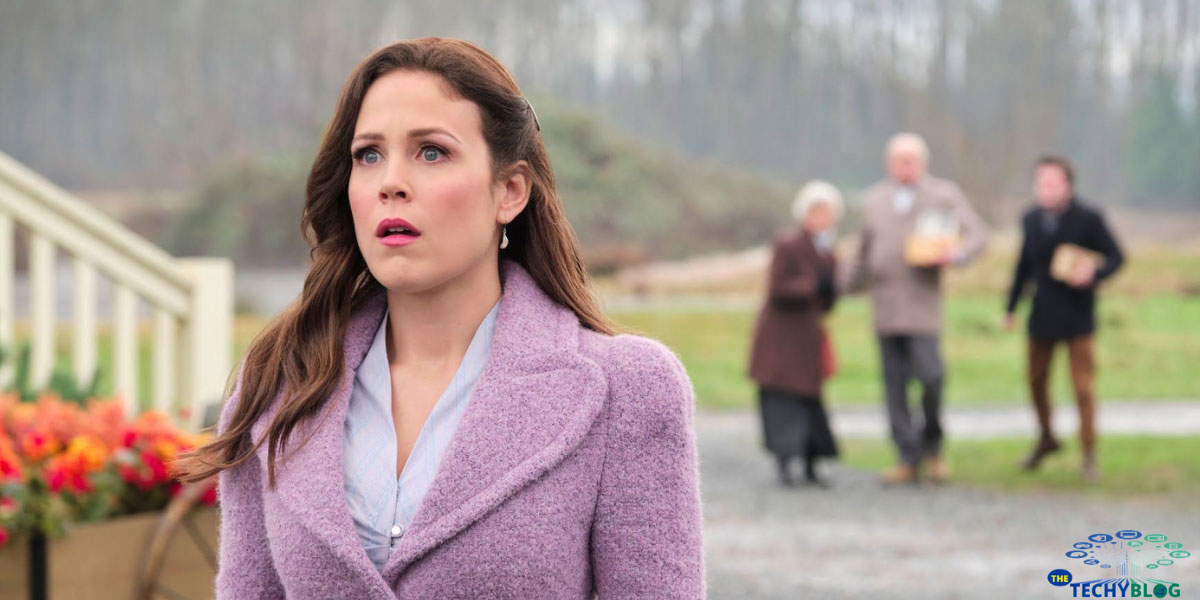 While transporting the defender, Nathan realized that he is in a bad situation which will turn risky for him. Whereas, Lucas has tried his best to preserve his partnership in Gowen Petroleum.

These are details of all the 10 episodes of season seven. We have tried to cover all the significant information if you still wish to know more about any season then write to us in the reference section.

If you like this series, then you will also love to watch The Good Place, as it is very much similar to When Calls the heart. To know The Good Place Cast members visit here.

It is always a good idea to check the rating as well as the user’s reaction rather than regretting the decision later on. Isn’t it?

Well, you don’t need to go anywhere, here we have listed rating and feedback both for your convenience.

Genuinely, the show is quite famous and attains a rating of 8.2 from IMDb. As per the rating, we can say- the show is worthful to watch it.

Finally…This is filled with something for everyone in the family, drama, suspense, comedy. My family is hooked. It is safe for littles to watch and that is what I like the most. This is an amazing show and our whole family likes it. Our children learn some history in it along the way as well.

I am officially a When Calls the Heart addict. I can’t get enough. I watched nearly everything on the Hallmark channel, so last fall when they showed the movie that starred Stephen Amell and Maggie Grace I, of course, watched it and like it. I then got all of the books by Janette Oke and read them eagerly anticipated the series as they advertised it for what seemed like forever.

I like “family values” programming and I am so disappointed not to be able to get behind this series I’ve come very late…but I can’t. Even the dialogues by some characters are too modern so it completely ruins it for me. I don’t like it too much.

The show was on the recommendation list of Netflix. I started watching and involved in it. That being said, I have to say that I tend to get very distracted by some of the anachronisms that present themselves quite frequently.

It is not a fantastic series, there are numerous issues in this.

After checking out the onlooker feedback, what’s your decision whether you will stream it or not. Do share what you have decided. If you are not satisfied with this series then do watch The Good Place, for information regarding Latest season of The Good Place Visit here.

Best Quotes from When calls the Heart

The article provides you a detailed insight into When Calls the Heart season 7. We have provided you a detailed guide about the Season 7 episode list. If you want to add anything to an episode, then do let us know.

For any assistance, you can write to us in the reference section.

Do you know Dead to me season 3 is the last season of whole series, Know the latest announcement of Dead to me here.

How can we watch When Calls the Heart?

You can watch When Calls the Heart on numerous streaming websites such as Vudu, Amazon Prime Video, iTunes, Google Play. If you want to stream it on the original release platform then you can watch it on Hallmark Channel.

Is When Calls the Heart is available on Netflix?

Is it Worthful to watch When Calls the Heart Season 7?

The rating of the show is quite good and even the feedback from the When Calls the Heart viewer is also positive, so we recommend you to stream it. Still, you can refer to the above article for more insight.

How many episodes are there in the When Calls the Heart Season 7?

Will “The Good Place” Return with Season 5, If Not- Why?