Home Tech The Coolest Apple Patents You Might See One Day

Apple has become one of the most famous companies thanks to innovations and ideas borrowed from competitors. The company files hundreds of patents every year, some of which look incredible. In particular, the company has been hatching plans to create its car for a very long time. But such patents are quite controversial and require hundreds of millions of dollars to be successfully implemented. Apple values its market cap too much to take the risk of launching a notoriously failed product. However, here are the coolest Apple patents you might see one day.

With the growing popularity of tablets on the market, interesting hybrid solutions appeared, representing a symbiosis of two gadgets. In particular, the Asus PadFone has become a unique but rather unpopular device that allows you to combine a smartphone with a tablet. Apple decided to go further and patent the device with a niche for a smartphone instead of a touchpad.

Five years ago, such a decision would have looked absurd and illogical, but today Apple has M1 processors with excellent performance, and the patent does not look unrealistic. Most likely, the company wants to use the MacBook as a case with a keyboard, battery, and screen. The smartphone will serve as a touchpad and main computing unit. First, however, the company will have to solve many issues related to the cooling of the motherboard and the deformation of the smartphone.

The modern trend for foldable smartphones is still in its infancy. Users are interested in the new technology but are not yet ready to spend several thousand dollars on a gadget that can break in weeks. However, Apple patented the foldable iPhone a long time ago and planned to occupy this market niche shortly. Moreover, because such devices will not be direct competitors of classic iPhones, the company can implement the idea in the next 3-5 years.

Apple Stylus That Draws in Mid-Air

The Apple pencil has become an excellent drawing device for touchscreen tablets. But the company wants to go further and realize the ability to paint in the air. It is assumed that users will be able to draw three-dimensional objects thanks to a camera system that tracks all movements of the manipulator. This technology will be extremely useful for architects, designers, and teachers. However, the implementation of such an ambitious project may take some time.

Since Apple markets many of its devices as the best solutions for artists and designers, a color-reading stylus could be a real revolution. Imagine seeing the perfect color for your palette. What if you touch the surface with the stylus to copy the color and use it to create digital objects? A special system of sensors and analyzers should quickly read all colors and allow content creators to work faster.

By the way, there are quite a few such patents that will soon become a reality. Even students can benefit from styluses, as they are ideal for creating notes. In addition, you can read about the upcoming innovations in person. First, however, you have to find a writing service and say something like, “Can I pay someone to do my homework online?” Then you have more time to study patents.

Most likely, you have at least once heard of patents involving the creation of bone-conducting headphones. Apple decided not to waste time and also filed a patent for the creation of such a gadget. The basic idea is that bones and cartilage create what are called resonances or vibrations. As a result, the sound quality can be significantly improved since the vibrations of the bones are much more efficient than the sound wave. The only problem is that the company does not discuss such projects publicly without a prototype or plans. However, humanity may well use such musical gadgets in the next ten years.

If you are familiar with the Marvel Universe, you know how often Tony Stark uses 3D holograms. In 2014, Apple decided to patent a similar technology. The 3D touch hologram is based on a system of mirrors and lenses, as well as a special screen that allows you to create a three-dimensional image. This technology seems fantastic, but Apple and other companies have proven time, and again that tech giants can surprise consumers with unique products. This technology may be used by engineers, planners, designers, or even teachers in the future.

The Apple Watch has become a popular gadget precisely because of its ability to track body parameters and display statistics on the screen. This time the company has patented tiny sensors that can detect poisonous gases. Their main task is to respond to carbon monoxide and other potentially dangerous microparticles to notify smartphone and tablet owners of a potential threat. In the future, such sensors can make life much easier for people who fall asleep with cigarettes in bed or do not smell. However, there are no exact dates for the introduction of the new technology yet.

And here is one of the relevant and necessary patents that could make the company’s gadgets even more popular. A crumb-repelling keyboard is a cross between membranes and a compressed air system, allowing it to stop crumbs. Imagine millions of people around the world eating in front of their laptops. The new patent could extend the life of the keyboard by at least three times. However, for now, the company prefers to use the standard technology for all MacBooks.

Any Apple Watch fan will tell you that this smartwatch is perfect for displaying messages and body parameters. But what about convenience. Standard watch straps are not uncomfortable, but what if you are uncomfortable with the standard attachment system? A self-adjusting watch strap is a way to say no to discomfort and torn hairs on your wrist. In addition, your watch will be perfectly fixed on your wrist. Such a patent is especially relevant to all Apple Watch users. 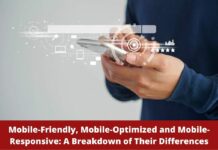 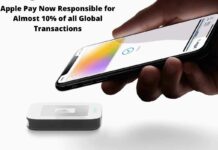 Apple Pay Now Responsible for Almost 10% of all Global Transactions