Apple Pay, Apple’s mobile payment service, allows anyone with an iPhone 6 or a later model to make payments via the NFC chip on their iPhone. The payment service was introduced on October 20, 2014, and allows iPhone users to pay for goods and services via their phone or watch.

Apple’s Mobile Wallet is responsible for many card payments around the world. And as the payment service continues to grow, it’s becoming a big challenge to established rivals like PayPal. Tim Cook, Apple’s CEO, has said that Apple Pay’s transaction volume is growing 4 times faster than PayPal’s and that the service’s new user growth also surpasses PayPal’s.

Apple Pay handles about 5% of all the card transactions globally and maybe handling 1 in 10 payments by 2025. This is according to recent market data put together by Bernstein, a research firm. Apple Pay is disrupting the payments ecosystem.

iPhone sales are no longer what they used to be, and Apple now depends on its services division, which Apple Pay is part of. In the last quarter of 2019, the payment service generated $12.7 billion in revenue, increasing by 17% from the previous year.

The digital payments space offers many great opportunities and represents about $1 trillion in global revenue. MasterCard and Visa process over $14 trillion in payments each year and keep growing as more transactions go online.

Apple Pay takes a small amount from each transaction that runs through its system. Users store their debit and credit cards on the Wallet and use it for contactless payments. The payment system features biometric security via NFC (near-field communication) technology. Contactless payments are expected to increase to $1.5 trillion in 2024.

It’s Not a Threat to Card Giants–Yet

Apple Pay isn’t a threat to card giants yet. Sure, the tech company may one day create its own network that operates independently of card systems, but for now, Apple still needs the card networks, because they are trusted and ubiquitous.

Additionally, the biggest card networks, MasterCard and Visa, are used to working with partners (card-issuing banks and financial institutions). So, Apple Pay can still partner with them no matter how it scales up.

For the longest time, PayPal has led the world of online checkouts, but that may change in a few years. It may soon be competing with Apple for the same customers. Apple Pay is becoming more widely available around the world, for even services like bus and train commuting.

Apple benefits from the tight hold it keeps on iPhone’s NFC hardware, and this has prompted regulators to examine its behavior keenly. EU antitrust regulators have contacted companies in the payments sector regarding Apple’s anticompetitive behavior.

Apple Pay is the future, you can use it to pay for gas, meals at restaurants, and even access cash loans. It’s the best payment system for iPhone users. 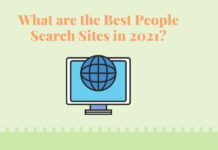 What are the Best People Search Sites in 2021?

What Is Google Chrome?