Home Internet Amazon, the Cloud Provider with Shopping on the Side

Amazon is one of the world’s most popular internet companies. It is most commonly associated with online shopping. However, there’s more to it than being a behemoth in the world of e-commerce. It is also a dependable provider of cloud services. In fact, Amazon’s cloud arm ranks first or second when it comes to popularity and revenues.

Based on numbers compiled by ZDNet, Amazon had an annual revenue run rate of $20.4 billion for 2018. It’s no longer the top earner (Microsoft made $21.2 billion), but it is still one of the most influential names when it comes to cloud services. This is why there’s an ecosystem of companies like Aviatrix serving needs related to Amazon’s cloud services.

Officially called Amazon Web Services (AWS), Amazon’s cloud services subsidiary is regarded as the Seattle-based company’s cash cow. In the fourth quarter of 2017, the company made $5.11 billion in sales and an operating income of $1.35 billion. These numbers translate to an operating income to sales ratio of over 26%.

For the full fiscal year of 2017, Amazon Web Services earned an operating income of $4.33 billion for sales amounting to $17.46 billion or an operating income to revenue ratio of around 25%. These numbers are considerably higher compared to how much Amazon makes from its online shopping operations.

Amazon serves the on-demand cloud computing platform needs of companies, individuals, and government offices. The main thrust of the AWS range of solutions is providing customers with a virtual cluster of computers that are capable of doing virtually everything real computers can do, from the processing to the RAM, GPU, choice of operating system, networking, and pre-loaded software.

Those who are aware of the undeniable profitability of AWS tend to perceive Amazon as the cloud service business with shopping on the side. This does not necessarily mean that the e-commerce operations of the company are insignificant. Amazon, for many, is still about online shopping. It owns the distinction of being the leading e-retailer in the United States.

The resulting operating income from North American and international retail sales operations for 2017 were $2.8 billion and -$3.1 billion, respectively. Yes, that’s a negative value or a loss for international e-commerce operations. In other words, the global retail loss offset the North American income figure, resulting in an overall loss for the e-commerce segment.

This negative operating income number is one of the reasons why there’s a growing perception that Amazon is becoming more of a cloud service company than an online shopping business. AWS has clearly been the more profitable segment. The retail operations appear to be the “side business” as far as profitability is concerned. However, when looking at the revenue or sales figures, it’s clear that retail is still a considerably bigger part of Amazon’s business. 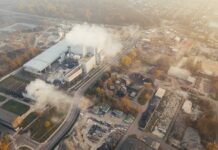 Adoption of Climate-Smart Tech in Agriculture 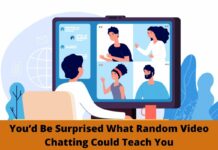 You’d Be Surprised What Random Video Chatting Could Teach You 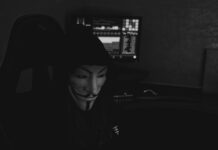 How to Protect Your Personal Data in 2021

Anime Flix | The Complete Guide to All Your Doubts